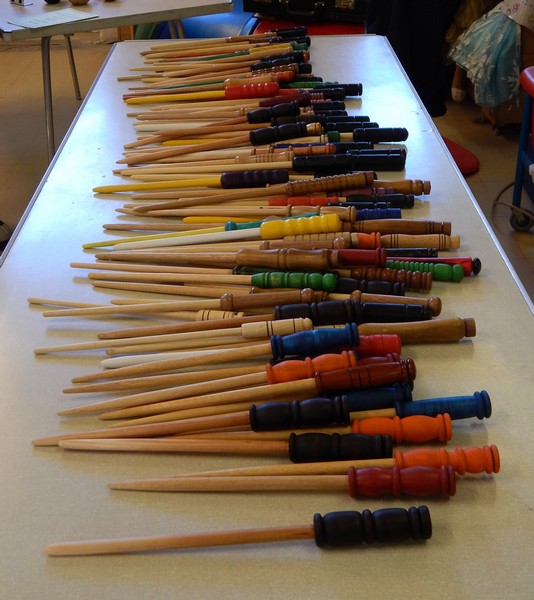 Above: The 120 wizardly wands made by the club members.

Below: The club President, David Mackin being presented with the cheque for the wands.

Looking for a bit of magic...

Back in April we were contacted by Graham Swinbourne the Headteacher of Stanbury Village School in West Yorkshire, he had an unusual request. He was looking for someone to make 105 wizards wands as the school was to be turned into a wizarding school (as per Harry Potter) for a day and each child was to have a wand. The school had held a similar event in 2008 and the previous wand makers were unable to help.
Although 105 wands may seem a daunting task we put the word out to our club members and there were enough of them willing to help and we eventually finished up with just over 120 wands.
We had agreed with the school that we would make the wands for a nominal fee and this would be donated to a local charity.
At the June club meeting the wands were presented to the headmaster and we were delighted to be given a cheque for £450 which will be split
between the Bury and Rochdale Hospices. 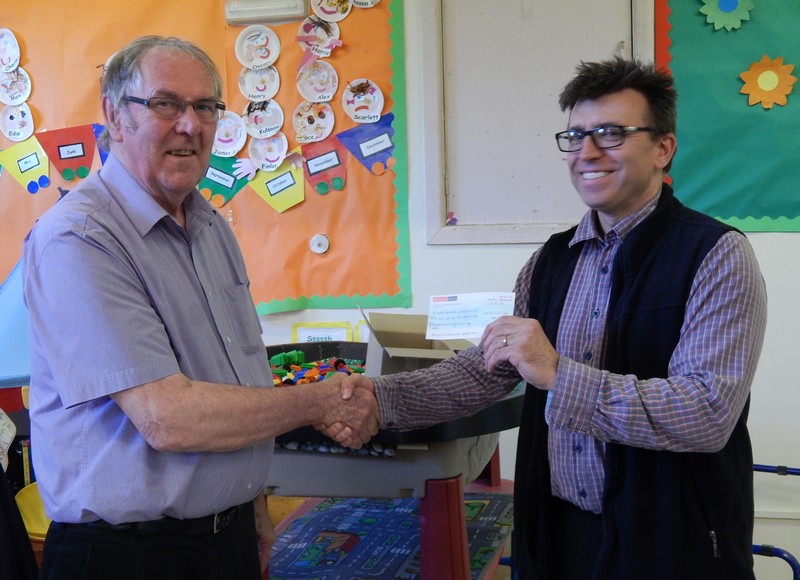